Are Washington Wizards Fans Among The NBA's Most Rewarded?

The Washington Wizards have gotten off to a 3-4 start for the 2022-23 campaign, led by the efforts of guard Bradley Beal and forward Kyle Kuzma.

BetVirginia.com developed a ranking system of all 30 NBA teams to find what fanbase has been rewarded the most over the last 11 seasons, and the Wizards have work to do.

Remember, BetVirginia is your home for the best Virginia sports betting bonuses throughout the NBA season.

Risk Free Bet Up To $1,000 - Bonus Code: VFBBONUS
VFBBONUS
Terms apply for all bonuses. Must be 21+ to participate.

The first category “Minutes Spent Per Win” was determined by taking the amount of regular season games played by each team (from 2011-12 season to 2021-22 season) multiplied by the average length of an NBA televised game (2 hours, 13 minutes).

The second category “Points Deducted for Playoff Success” was utilized to decipher the value of seeing playoff success during those 11 seasons gathered in the first category. The point values were 1 point per playoff berth, 3 points per playoff series win, 3 points per NBA Finals appearance, and 15 extra points for NBA Championship win.

After adding all the points together for every postseason from 2011-12 season to 2021-22 season, the points were deducted from Category 1 to arrive on the final points & rankings.

The Wizards posted 14 points for an overall total of 275 points. 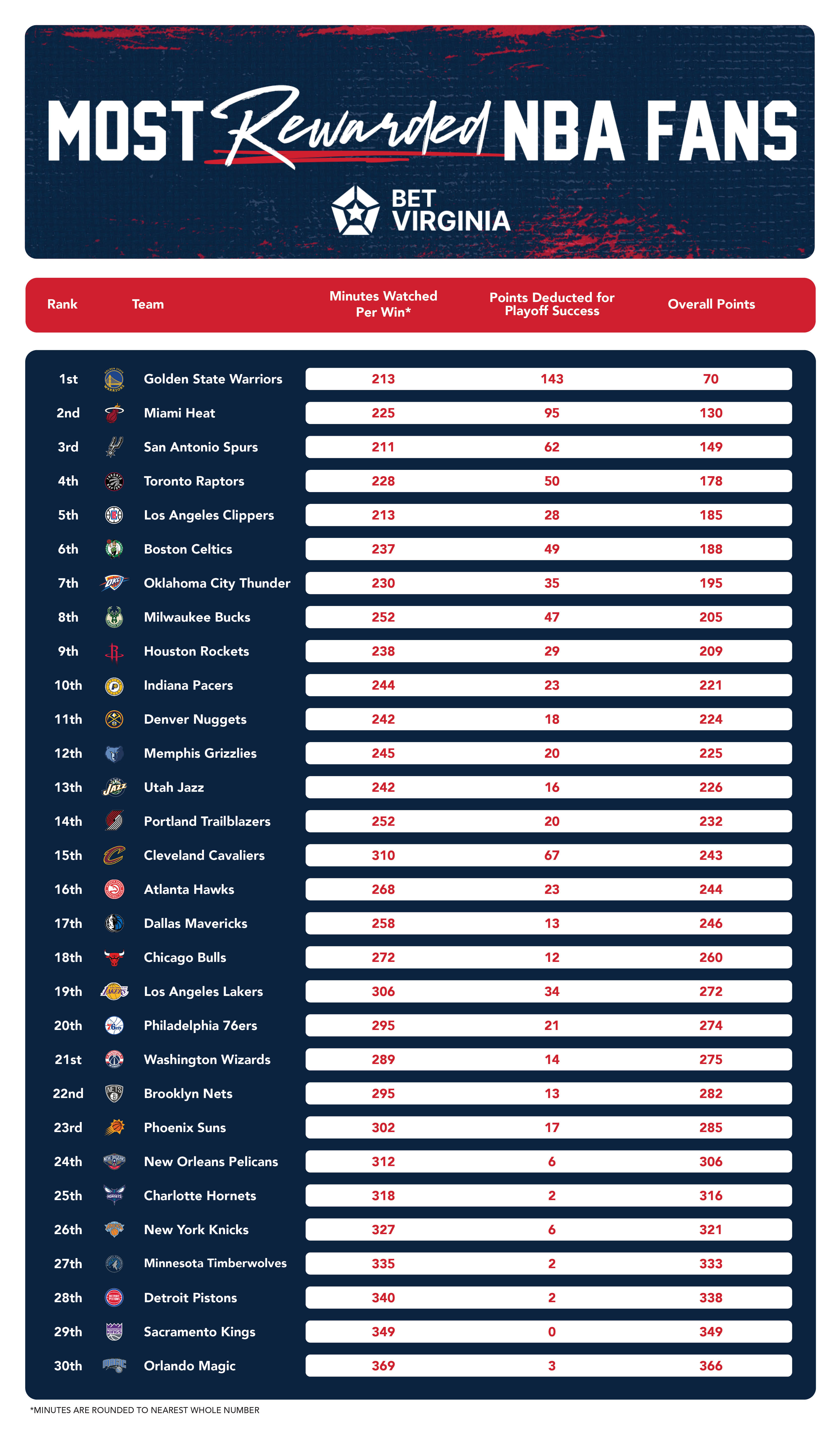 To win the Eastern Conference, Washington is located in back of the pack at +11000 and to capture the NBA Championship, listed at +18000.

Lou Monaco had been East Coast Scene columnist for Gaming Today in Las Vegas since June 2019, covering the East Coast sportsbook scene with emphasis on NJ and PA. He also currently is a part-time writer for the high school sports department for NJ Advanced Media (NJ.com) in Iselin, NJ. Lou has over 30 years sports experience with previous stints at ESPN SportsTicker, Daily Racing Form and Oddschecker.