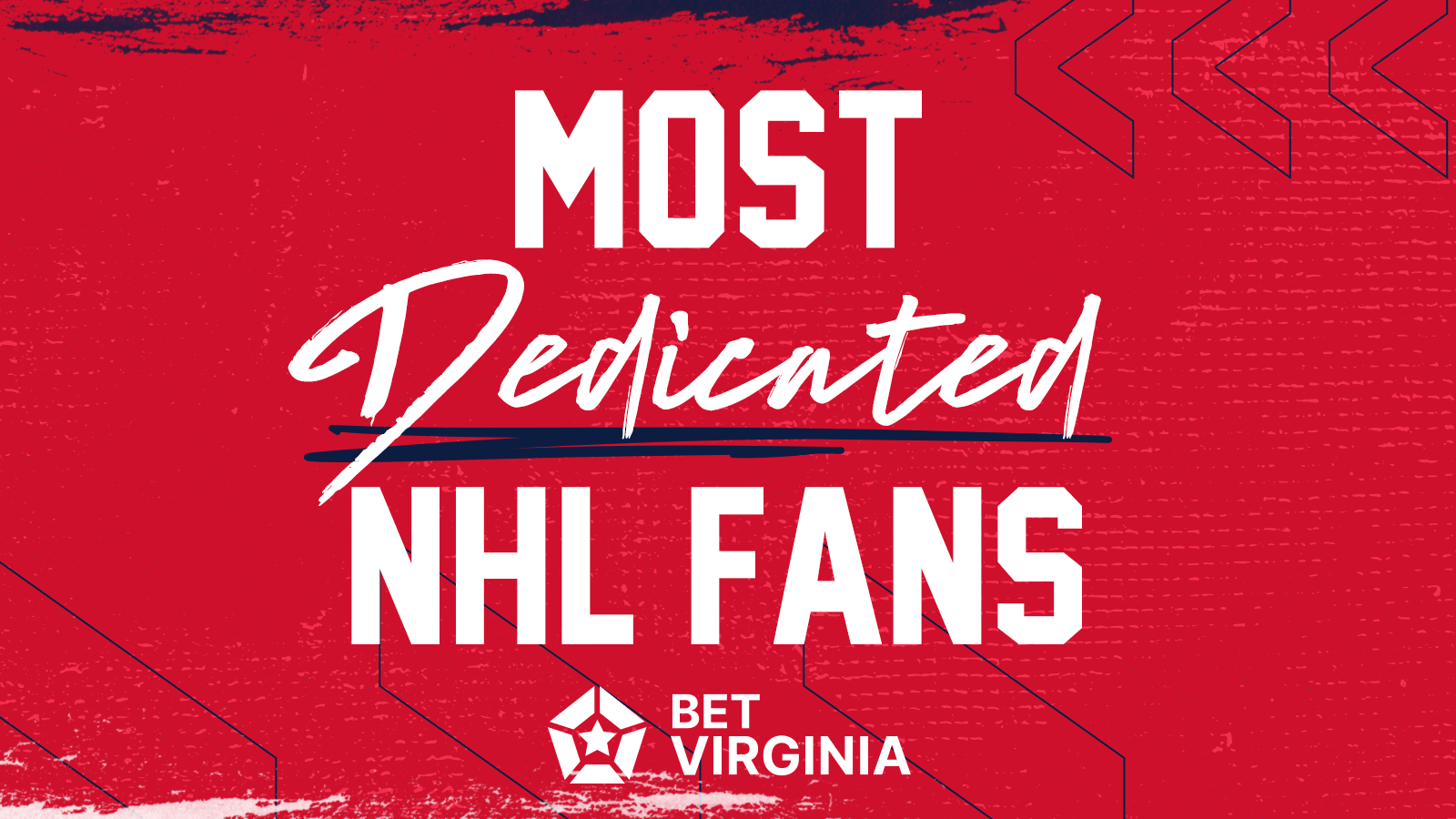 Since the Capitals moved to their now home at Capital One Arena in Washington, D.C. in 1997, the team has made the NHL Playoffs in 18 out of the 24 seasons.

Since that time, the Capitals have given the city three Presidents’ Trophies, 12 Division Championships and a coveted Stanley Cup victory in 2018. Due to the teams’ success, the fanbase has shown out in droves to The District to support their red, white and blue team, including across Virginia sports betting.

Going into the 2022-23 NHL season, BetVirginia.com developed a matrix system to rank the 31 NHL teams (Seattle eliminated due to one year of existence) based on the dedication of their fans. 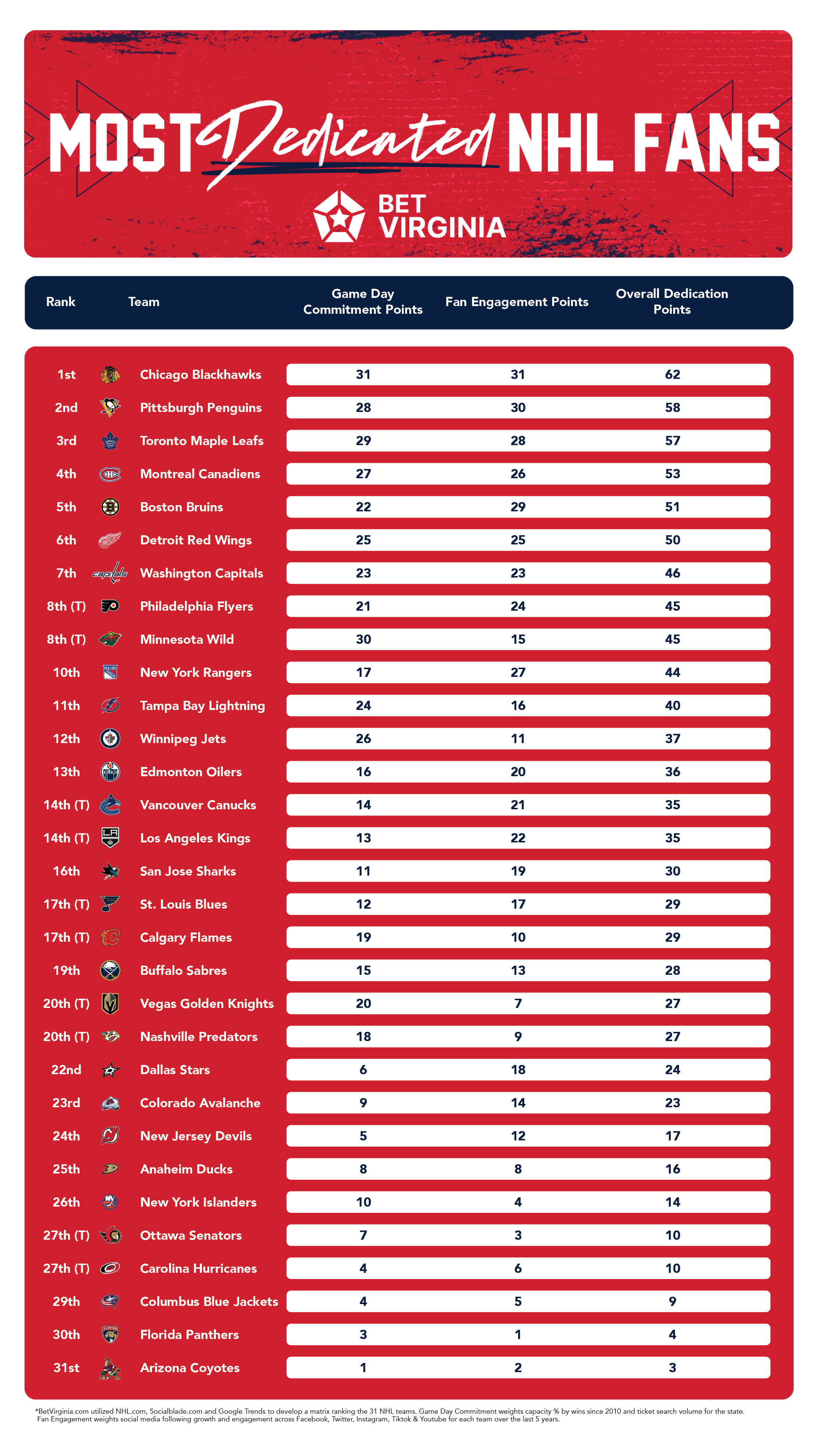 Since the 2017-2018 NHL season, the Washington Capitals have consistently been Top-10 in NHL attendance capacity percentage — leading to their high score for “Game Day Commitment.”

The fanbase has consistently supported the Capitals on and off the ice, as seen by their seventh overall rank on the NHL’s Most Dedicated Fans list. However, fans will be up in arms if they can’t improve on four straight first round exits in the NHL Playoffs.

Oddsmakers are significantly lower on the Capitals’ chances of competing for the Stanley Cup, as BetMGM Virginia lists them as the fourth-best odds (+600) to even win the Metropolitan Division. At age 37, superstar Alexander Ovechkin will need to continue to showcase himself as one of the best NHL goal scorers of all-time to keep the Capitals in contention.